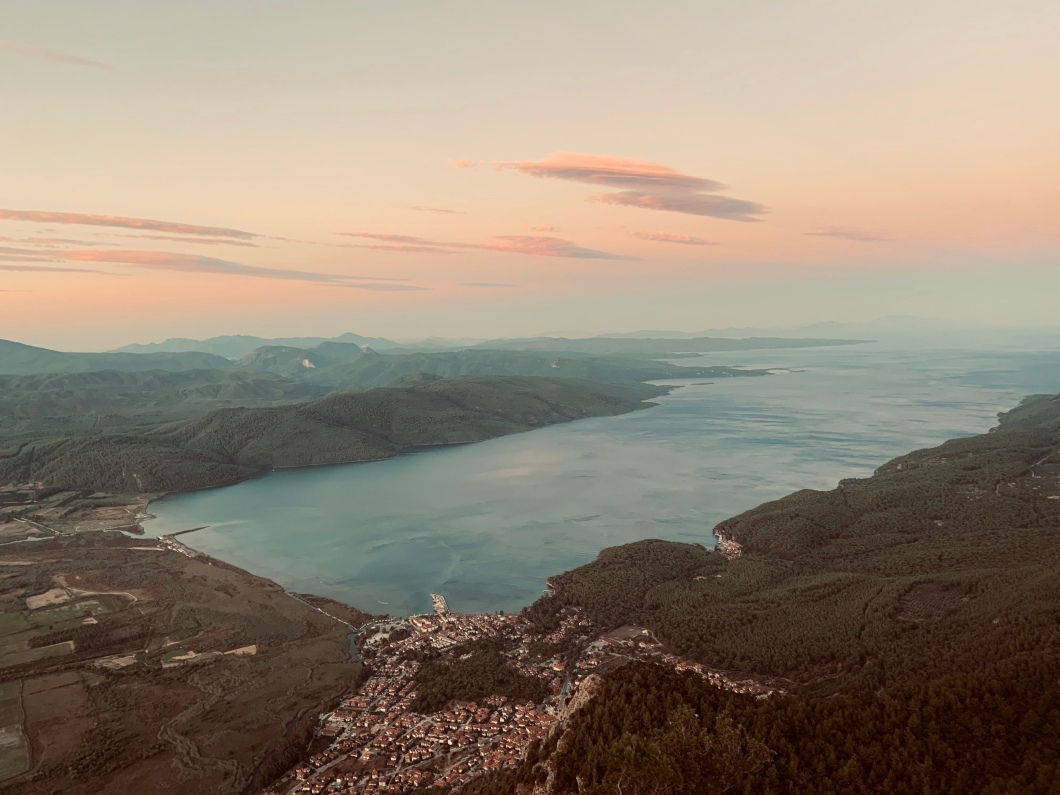 Day 2 post massive walk and I’m still walking like I’ve been Hobbled by Kathy Bates. My friend who I shall call L told me that it is always worse on day 2, I’m lucky enough to barely have a bad day 1. The reason for this complaint is myself, B and a young chap we shall call J walked up and more importantly down the mountain above Akayaka a few days ago. Having done it before, about 8 years ago I assumed I’d know what to expect, but you know what they say about what it is to assume…

I remember running the gauntlet through corridors of just waking bees, literally running past the filing boxes of Bees, starting their day with the unusual sweet smell of sweaty men filing past in a disorderly fashion, shouting obscenities and running for their lives, or was that just me. I’m terrified of getting stung, i’m not fond of pain. That was then and this is now, and instead of 5 folk, our number was down to 3; 2 of us and someone else’s 15 year old son. In the post walk mop up with the two wives, lubricated with Strawberry Daiquiris, in the Poison Bar they pointed out how odd and dull we must have sounded talking about pensions to J and learning about Rap (I already know) and Trap (new to me, west coast, the words are fitted around the beats.) Walking around 18kms, of which I’d say 4 was uphill, around 4 flattish and the rest downhill without a stick. My phone app told me I’d climbed 92 flights of stairs, make that descended, and my Christ I’m feeling it today. We saw the sunrise from onto of the mountain, I have no idea how high up, there was a cafe, which was closed, a distant guard dog barking and the ridge walk path shut, with wire fences and waring signs, Google translate didn’t really tell us anything we didn’t already know, seems red and capital letters on a sign mean the same world wide. “Maps” was useful I guess, just head down and keep on going until you reach the sea.

The sea where the day before, the Sunday, a bunch of swimmers from Akayaka swim from the paddle board centre “Low prices, high prices, we decide depending on how we feel” should be their strap line, too Iskele. This was a little more than a mile of open water swimming, way more than I have ever swam and certainly way more than my son, A, had ever swam. Half way round and with no buoyancy aid I asked J if I could borrow his woggle (A foam cable used as a float) then I bit it in half and shared the 2 parts with the 2 kids who needed it. I towed A for the second half, and when I touched dry ground once more I found my self to be extremely vexed, Hungry like the Wolf. There were 22 swimmers from our little group of Holiday Makers who set out and 22 who returned, a good day, but i’m not sure how wise the swim was before the massive walk. 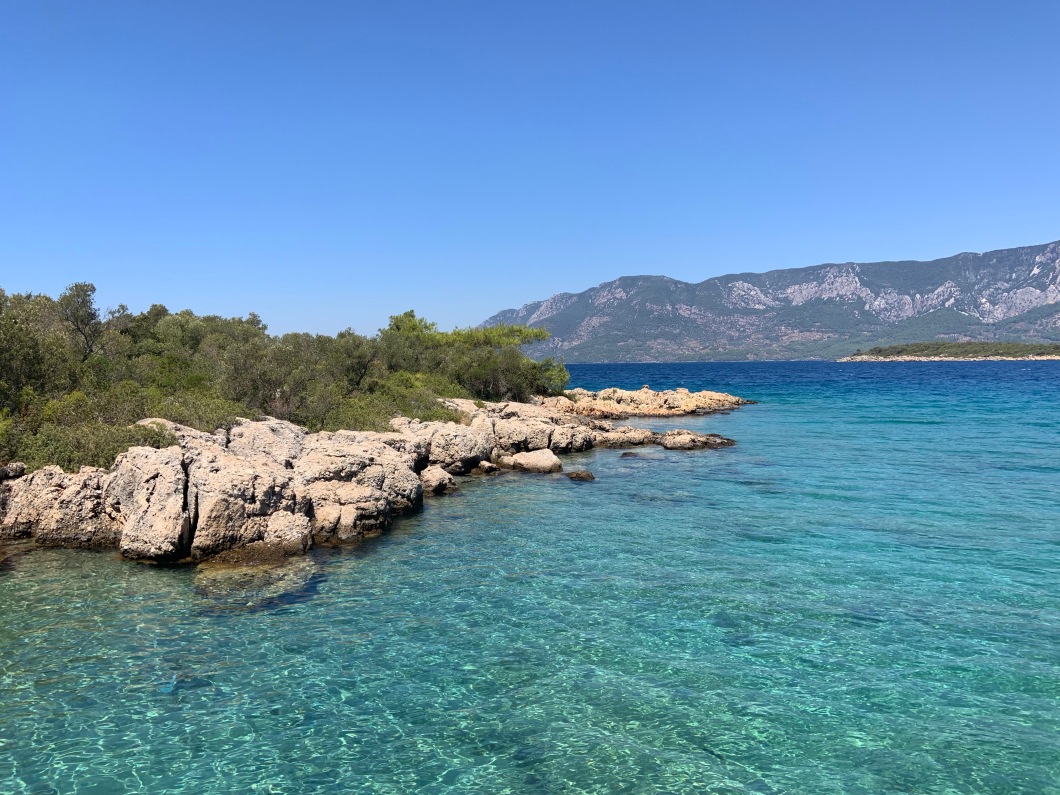 A day on a boat is always a fine idea, especially with freshly caught and cooked sea bream on a coal stove on the back of the boat. Cooked by a lying pilot, who previously worked in Sharm-el-sheik (maybe) and owned another 2 boats, massive tourist ones( doubtful) and who kept disappearing into his cabin when we moored up in beautiful bays. He must have been drinking in there; as the day progressed, he became blacker in his mood and unpredictable, what the hell? It is always a treat to mess about in boats, even if the first manoeuvre of the morning saw him smashing into neighbouring boats where words and insults were exchanged, i’d guess he was pissed then. We passed Cleopatra’s island, google it if you want to know what thats all about.

I’ve had enough for now, the good news is that in a few days I will be able to find somewhere more comfortable than the plastic chair I’m sat on, the most comfortable place to sit in Turkey, from where I am. Saw some Turkish Folk musician last night, he was awful or maybe I was just tired.

No, he was awful I’ve just had this confirmed by all involved.