Probably slightly late again, but after several years of this I think it may be prudent to just accept that i’ll never be in the top 20, just because and due to the time zones… probably. So thanks Rochelle for keeping the show on the road while the world falls apart literally around us; a small hole appeared in our garden this week, I’m fearing the worst… SINK HOLE!! Thanks to Sandra Crook who has provided the snap this week, nice stuff Sandra.

And a short word about Ted Strutz, a man I’ve never met, I’ve seen his photos, I’ve read his tales and I’ve heard about his stroke. My Dad had a big stroke about 20 years ago and is still going strong and has developed a real fondness for spicy curry since that fateful day. So I wish you all the best of luck and health in overcoming this thing, its no fun at all but you can beat it; Sending good vibes your way Ted.

So best get cracking with this nonsense! 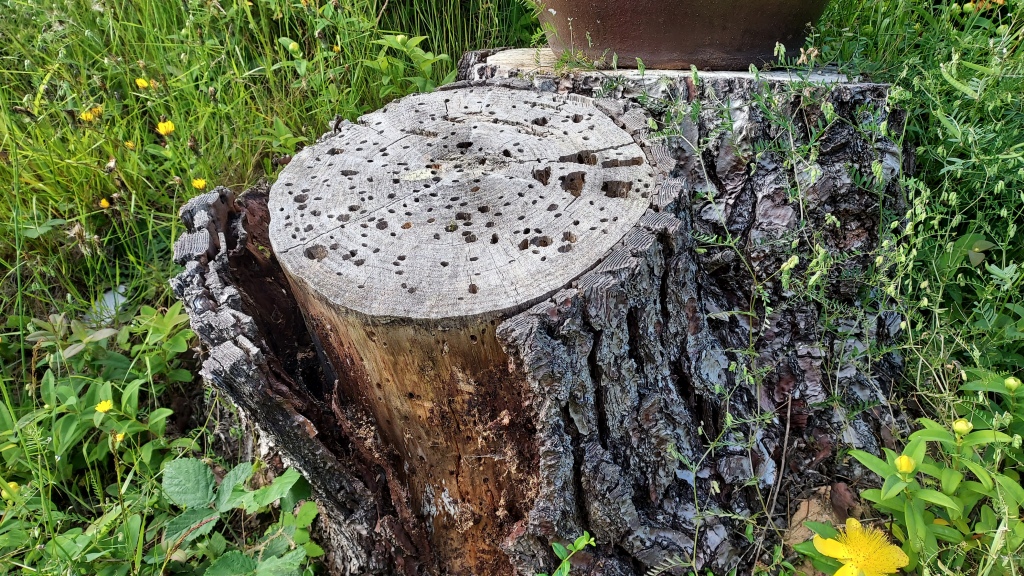 The Mechanical Carillon had wowed the visitors to the Great Exhibition, finally awful piano playing Uncles could be relieved of their after dinner musical activities to concentrate on their equally as bad stand up routine, (TVs were a long way off, this had to be endured)

Colin Melody sat staring at the peppered stump of the felled Larch whilst enjoying some cheddar and a pickle and wondered if he could create a spinning disc using similar technology.

This is my tribute to my favourite record label and how it all started in 100 words, hope you enjoy it