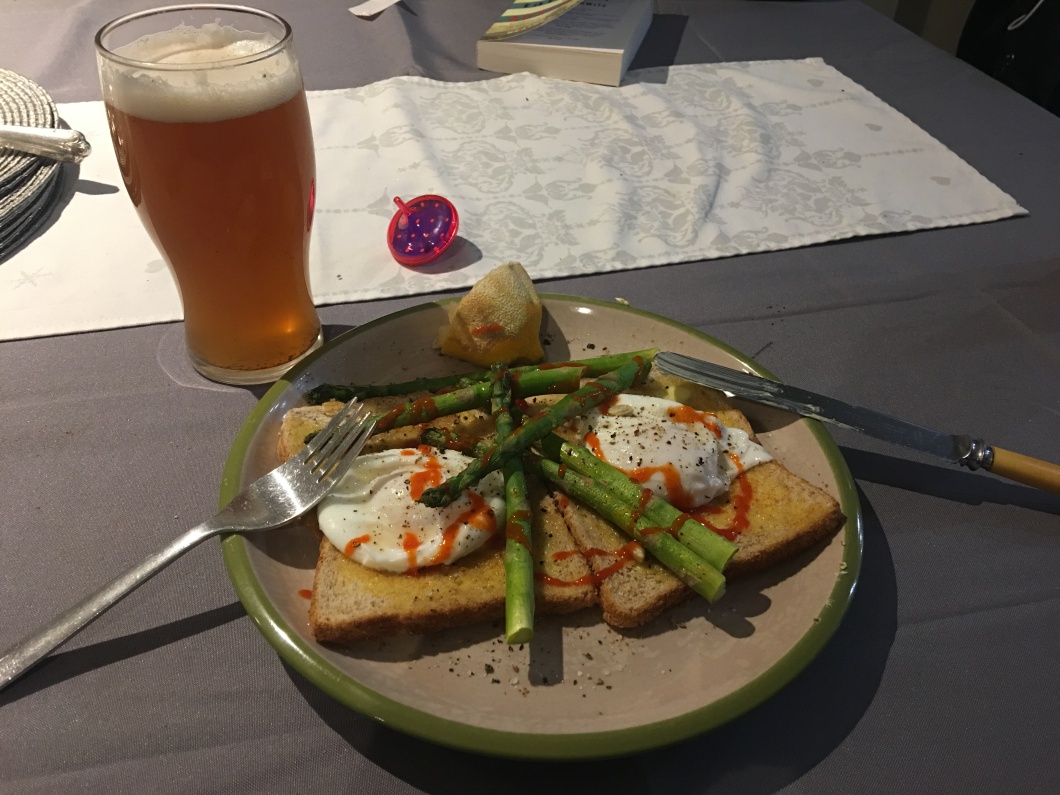 This is the end of a year, 2018. This year, I hope i won’t do this again, I am spending it alone with my thoughts and Benny the lovely black dog. You must believe me when I say I’d rather be with my wife and kids, and wonderful friends and their kids down in Chorley Wood. But I’m not because these last 2 days have left me flat, and no fun and incapable of having any fun. I would be a terrible person to have around the dinner table, i would get too drunk too quickly on red wine and not appreciate the beautiful food and fun company.

Thus far since returning from my folks house I have:

Thats it, nothing more, I am upset because my Dad is 84 and is really struggling with his back, (see yesterdays post) I took him to the doctors today to double his painkillers and to  the hospital to have his back x-rayed. He has trouble speaking at the best of times due to his stroke 18 years hence and he keeps falling asleep, is it sleep apnea, no he’s still breathing, but he keeps dropping off. This is due to the pain killers which he now can not do without, I’m guessing but he has such excruciating pain when he is trying to sleep he has to take them. Its now Monday, and I knew none of this on Saturday.

Like the mule he is stubborn as an ox, and my Mum too. When the painkillers kicked in last night, it was as though he was cured, and my tentative chat about the possibility of getting a couple of new super-duper back supporting chairs was rebuffed by cries of their expense, the next minute she’s talking about painting the fucking windows. I really don’t know how much further into the sand their mentally conjoined heads can be thrusted.

Last night, 2am, was a bad one, thus I sorted out the doc and the X-ray, watch this space, i’ll write about it next year. Yesterday my Dad was so woozy, he stumbled backwards on the stairs, fortunately I was there to catch him, he laughed.

I’m hoping next year, tomorrow, will be a good one for my folks, but I fear the worst, not since his stroke have I seen Dad looking so vulnerable and so frail and so confused, and that pains me so much. But enough of this pity seeking drivel, time for a few fun facts and maybe an amusing anecdote.

A special new year undisputed but on shaky ground fact of the day.

“Mr Wilson, the electrician, has changed his phone number as when we tried to get in contact with him using the listed number in the Swift Flash, the dialling message said the number could not be recognised. It was a real shame because he was such a nice man, he changed the bulbs in the outside light and now (laughing) the main light will not go on unless the security light is on also. He changed a few plug sockets and light switches too and now the circuits fuse but I know how to fix it, you push the fuses back into the board.”

“Is it any wonder Mr Wilson is no longer listed?”

“But he was such a nice man”

There we have it folks, good night to all, Happy New Year to all and assuming I wake up…

…with all my fingers able to type…

… I shall continue this into the new year with no new ideas, not an original thought in my head, and then suddenly it’ll hit me…

… Have I been wasting my time?