It’s been along time away, I was asked yesterday by a long term parishioner and sometime contributor; Dr S, when and where the Minister had gone? Had he left the parish?

The answer is absolutely not but I have been having so much fun at the expense of my poor brain that I can speak but not write, and for this reason I have been remiss. This weekend we travelled down to the wilds of Chorley Wood, where wooden carvings are common place dotting the public walking areas and wicker families are posing in churchyards. In Chorley Wood and Hedgerley there may be dragons, they are a bunch of wild pagans, occult or a cult, I cannot say but the purchase of a home or out side garden bar is essential for continuing participation within the group. I spotted a rather lovely Tiki Bar on eBay, in Bristol which I can pick up only £50; its got a roof and a stowing away bit for the bottles a little like a wooden “Punch and Judy booth” but in relaxing pastel colours of the South Pacific, or Farrow and Ball “elephant eggshell” which I imagine is a colour in Polynesia, the last remaining bastion of the aqua-mammoth.

Of Fire Pits and cocktails, Cuba Libra (Rum and Coke), Screwdriver (Vodka and Orange) A strange blue drink, we have no idea, blue drinks should not be drunk unless they are;

1 A raspberry Slush Puppy, the only Slush based beverage.

2 A blue gin and tonic, we had them in Majorca, in a fancy harbour place of which the name escapes me. So many great places and so little space in my brain for the information, which I why I write down adventures when travelling and then promptly forget where I’ve put them.

Cool your Boots ladies, get behind the rope, they’re married, both of them, and they enjoy a blue drink so probably best left alone!

This weekend I was introduced by a great bloke who I shall call Dr.P, to protect his identity, to a not so wonderful drink, in hindsight, but one, which, at the time was so good and exciting we had to have a second go, all be it in the privacy of the kitchen, away from the children.

Dr P spent many minutes explaining and trying to persuade me that this was a good thing, a character building exercise, a way to become a true man. I didn’t believe it until I tried it myself and the results were startling, initially, in fact until the hangover kicked in the next day, and the running of the nose, the scabbing over and the general feel of self loathing enveloped me like a straight jacket for a couple of days. Yesterday I should definitely not have driven, that’s an idea of what Ive been through these last few days. I took care not to mix my drinks, taking only beer, a sip of Cuba Libra, a sip of vodka and orange (the first for nearly 30 years I expect) and maybe a slurp of wine. But its amazing that if you put a wooden bar up in the middle of a garden, the amount of men that will flock to it, its their natural habitat rather than sitting on a comfy sofa in the sunshine we would prefer to stand, burning in the sun and talking shite. There will definitely be a name for this type of behaviour, and I’m sure many an anthropologist has penned many a thesis on the drinking habits of the  45year+ male (predominantly) of the species. So then Dr P mentions, Suicide Tequila. Sounds awful as I loathe tequila at the best of times, and am not a huge fan of suicide.

So first take a lemon and squirt it into your eye for a good 3 seconds. The eye will start to hurt and then you will have to close it, with one eye open then you have to snort a line of salt from a kitchen worktop or other flat surface. This will prompt the other eye to close as you wave your hands around searching for the shot of tequila. This is where your companion plays the part in guiding the glass into your hand and you down it in one to the satisfaction and hilarity of others and the realisation that you have done something rather silly but not life threatening in the short term. The just is still out on the long term effects, I’ll let you know when I’m 80 if I’m still doing this.

For one small moment, I felt like Charles Bukowski.

And another thing, this week some Gorillas were posing, upright for selfies taken by their saviour and adopter at the Gorilla orphanage somewhere in Africa, it truly is an amazing photo, and for me changes everything, it’s learnt behaviour, and shows the world how incredibly like humans our great ape cousins are. 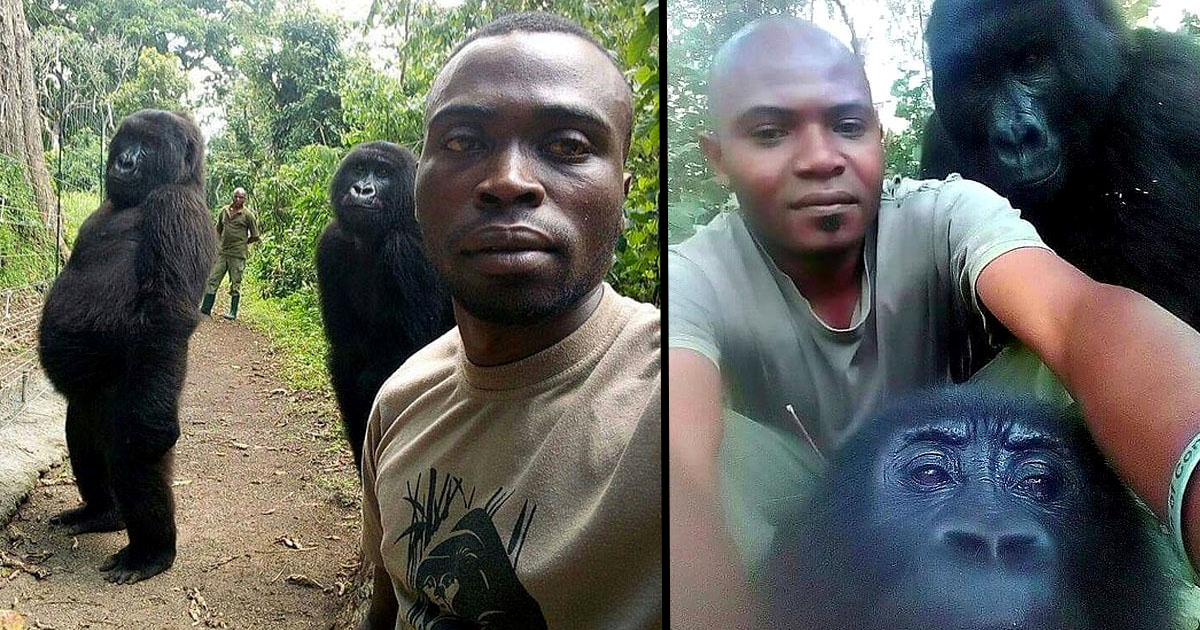 Problem is the damn adverts, so this isn’t the official video, but what the Funk?!