Another week another FF from the wonderful Rochelle over the pond from I and thanks also to Roger Bultot for his expressive photo of what I think maybe New York. But i’m not sure because i’m from Worcester in the countryside and so by definition an imbecile. 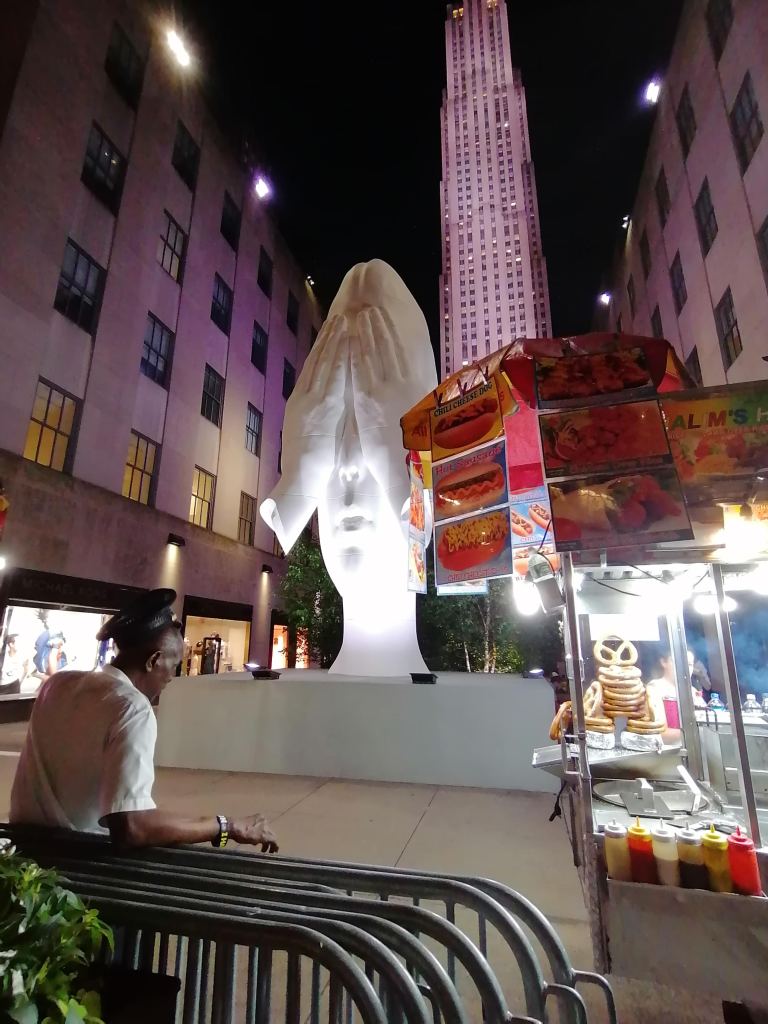 It was a disaster for Dave; night fell over New York and the international annual Grand Hide and Seek competition had begun.

This years counter was the bust of Ulysses 31, from children’s telly with the big hair; he didn’t stand much of a chance he was torso-less and made of clay.

Dave the traffic warden, the runner up from last year was dumbfounded, finding himself transfixed and unable to run away and hide as he spotted the Ghost of Dame Edna Average reincarnated in pretzel form on the counter of Alim’s After-dark Snack Shack.

100 words, written in a rush, but it’s a first draft and there will be no second, enjoy folks!