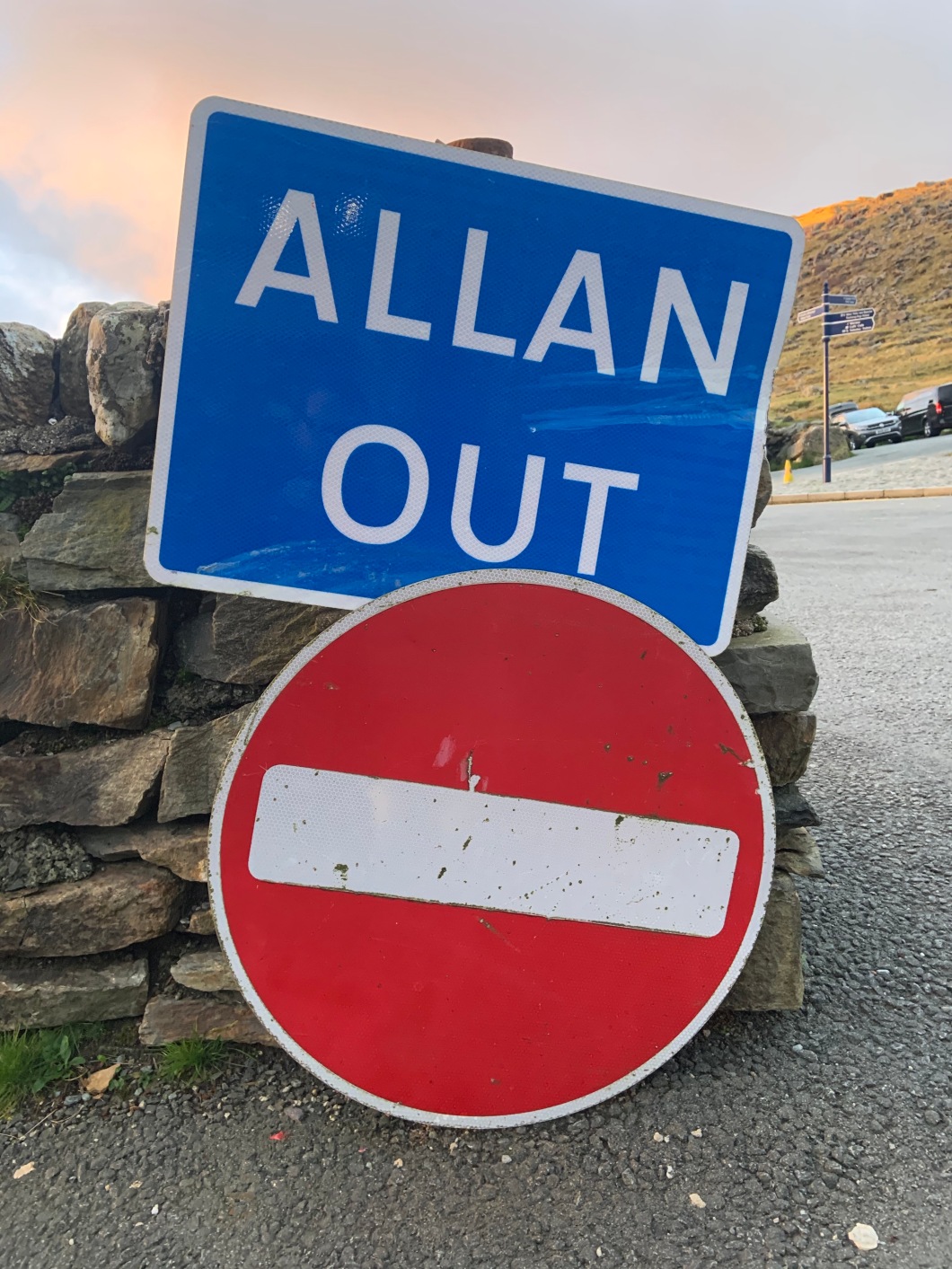 Quite what Allan has done and why the Welsh want him out is beyond me, its Niche discrimination, I know a few Allans and none of them live in Wales; so there you go, “Quod erat Demonstrandum”

M is away, but you can’t break into his house, because you won’t know where he lives and secondly because he has amassed an army of Wasps and at the moment they are swarming inside his kitchen forming the shape of M, “King of the Wasps”, ready to attack and show no mercy to anyone daring to enter. Theres chickens and a cat, maybe 2 too but they will show mercy, and possibly cluck or purr for food, not so the Wasp battalions, just waiting to sting. The King of the Wasps is wiser than we give him credit for.

C is away too, she is in Wales, her husband is not called Allan and neither are his kids, Hattie is Hattie of course. The G-pigs are home alone, being fed by yours truly, making sure no harm, absolutely none comes to them. The G-pigs will inherit the earth you know. After a nuclear attack, the only creature to survive will be the Wasp and the G-Pig. You heard it here first.

N is here, walking Misty with me and Mrs T, while the kids are at home on half term, going to bed late, waking up late, watching shit on tv. Come to think of it i’m watching shit on tv, Brexitainment in truth, and Simon Reeve travelling through America. A strange thing happened to N, or at least down in his field. He was down in the field feeding the horse (not a euphemism), well he says not, but wait and see. In the corner of the field he found a huge black dildo, rubbery and with some sort of attachment to the base. What for? Fuck knows, but its there and remains untouched, like a filthy deity, a god to doggers worldwide, and the unlikely shrine is N’s field just round the rear of his stable. He was speaking to his neighbour who was telling him that a couple were having sex on his fence just over the weekend as dusk fell, they must have been disturbed as the dildo was thrown through the fence and there it remains as a testament to the randiness of the people of the Burf. There will be a photo, which may be censored, I just hope he doesn’t bring it on the walk tomorrow.

And that’s it folks, I’m at work, but will be going to the flat lands through the fens to the coast on wednesday, taking Benny and Bewler the dogs, Mrs T and the kids. Benny is a notoriously bad traveller and so we expect vomit and/or piss and/or shit, the holy trinity of body excretions only omitting ear wax and bogies. Yuk.