Together once again, lets see where this ridiculous stream of drivel leads us…

Dave the Mouse, had been trawling the charity shops for years, it was his thing. He’d read somewhere, in the dim and distant past, that somewhere in his country was a portal to a futuristic mouse world where a kind of utopian socialism proliferated and there was cheese and peanut butter for everyone and the only cats to be seen were stuffed.

On this particular Tuesday morning he ran home brandishing a thin book and a map. He ran into the kitchen and seeing only his mother there, immediately started to tell her breathlessly what he had found and how, soon he would be able to move out, get a place of his own, get a job and maybe even find himself a wife. His mother held up a paw, telling him to calm down and asking him what the trap he was on about, whilst secretly wishing her son could sort himself out, so he would move out and then maybe her and Mr Mouse might rediscover the sparks they felt before the mouselings had arrived.

Without even waiting to see what his mother was going to say he scampered out onto the street again and headed downhill from the house to towards the old railway station. The trains had stopped running and had long since disappeared from service because mouse after mouse after mouse had vanished from the platform, seemingly without trace. It had been at least 20 years since anyone had stepped foot on the concrete, a ghost station. The trains would rattle by and never stopped.

He crawled under the builders fencing, mice are good at getting through small gaps, and ran to the waiting room where he spread out the map on the cold flagstones. The old map centred on the station and appeared to show the position of the portal a few centimetres from a waste water man hole cover. According to the instructions in the book a mouse had to kneel by the portal position both paws together on the concrete and   press ones nose and whiskers very hard into the cold surface.

On that particular Tuesday the portal seemed to be slightly rusty as Dave found himself in a bit of a predicament, half in and half out, and no way to move either out or in.

“This might be a bit of a problem” thought Dave to himself as he looked into the swirling wormhole, “pretty colours mind” 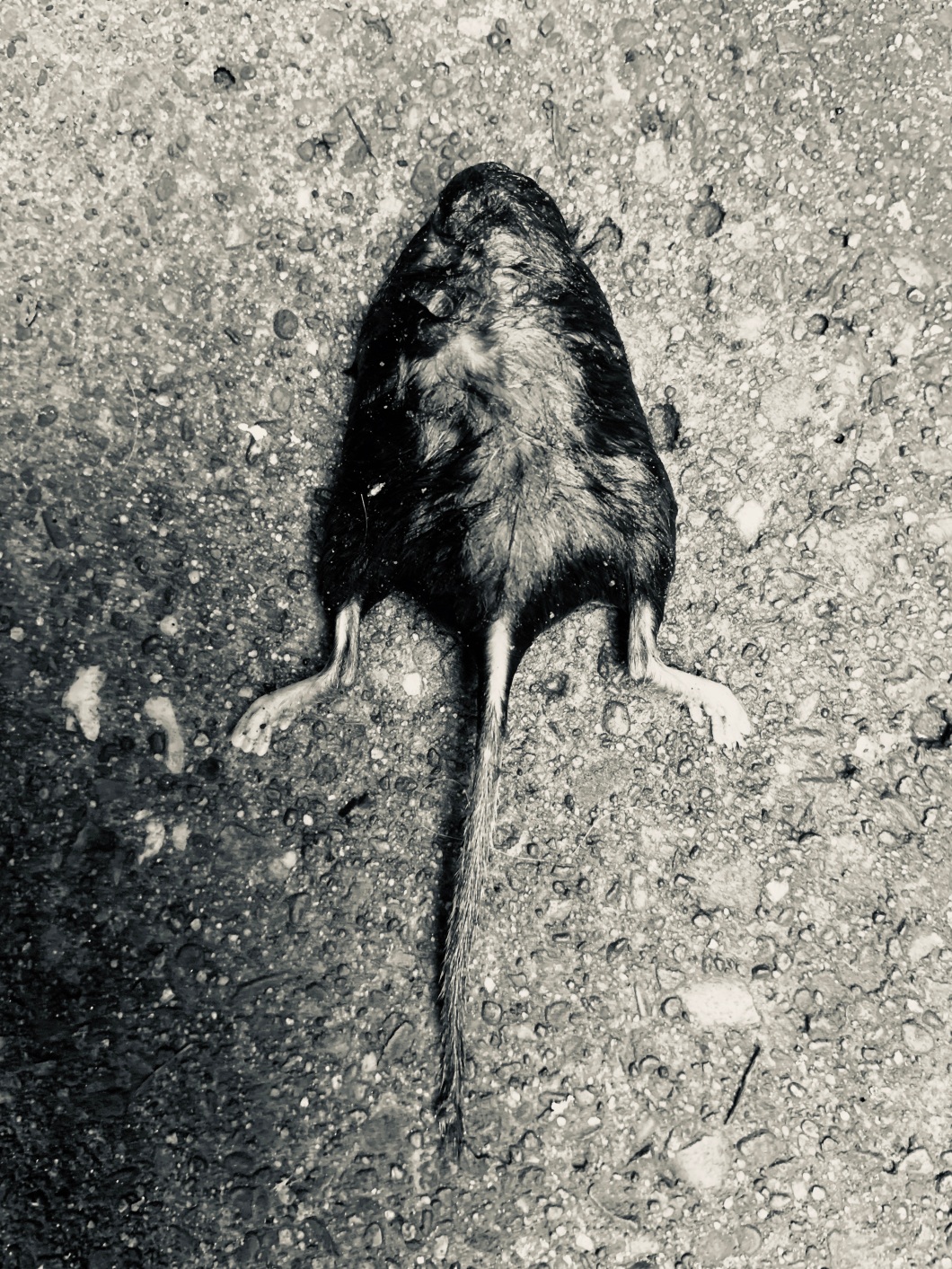