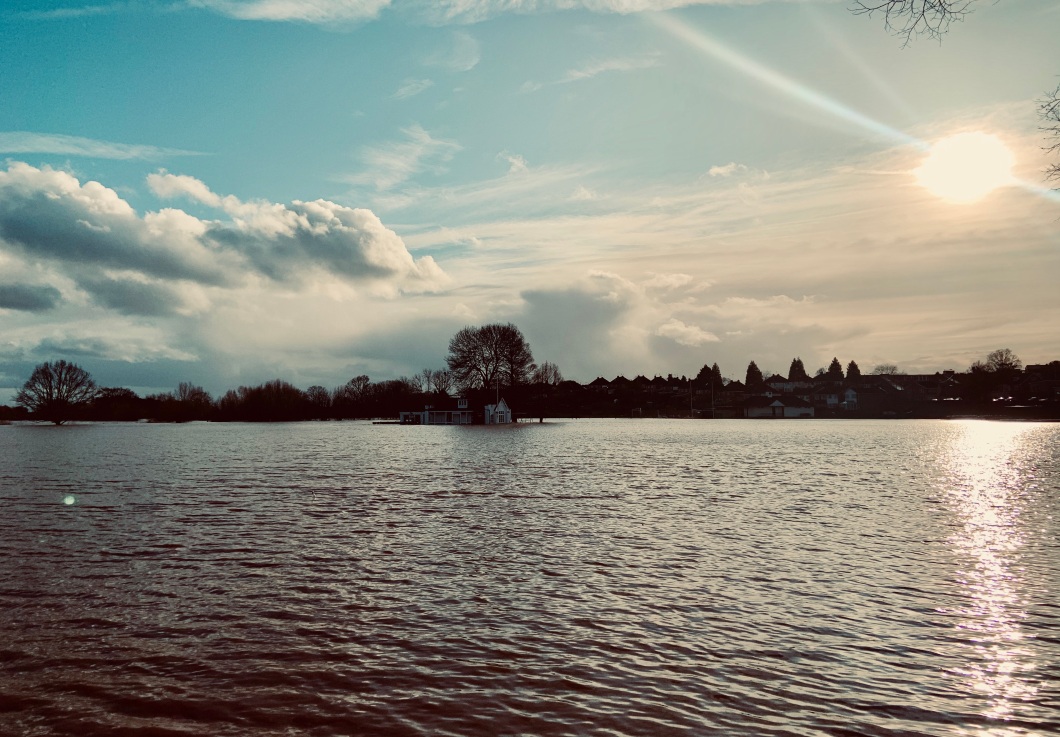 These floods are no evanescent passing, they are here to stay, Worcester is under metres of water, I think 5.2 metres higher than usual, Tenbury Wells, somebody was swept way and died, in Upton upon Severn, where relatively new flood barriers were constructed after the last awful flooding incidents, the water level of the Severn is about 10 inches below the top and then disaster. Those barriers were made to withstand a 1 in 100 year event, a flood so massive not expected to be seen within the next 90 or so years.

Well the news is that the future riparian history cannot be predicted it seems, and we continue to live next to the water courses of this fantastic planet at our peril. This type of disaster, happening in Britain now, happening in Bangladesh now, happening all over the world now, to varying and to lesser degrees, is looking to me, an unscientific man with few facts to back things up, like a pretty worrying trend. We see fit to spend millions  on trains, really fast trains, and yet maybe this money could be spent on excellent broadband, so as we don’t have to travel really fast for a meeting, the alternative could be a Skype meeting or maybe getting up earlier so you get to the meeting on time, or better still why not hold the meeting later and do things at a funkier pace.

We went into Worcester today for lunch and a spot of disaster tourism and vile voyeurism, businesses wrecked down by the river, peoples homes wrecked, and no chance of a quick rectification, I know this as I was flooded in 2007, its shit but I did have my 15 minutes of fame on the BBC, interviewed in my flip flops, with the house covered in stinking mud, we lost some photos, most problematical the honeymoon, which we had to retake all on one day towards the end of the honeymoon as I had deleted all the previous ones, having never owned a digital camera, we had the same clothes on in every shot with the replacements, smelly bastards! So just photos and things, things which can be replaced, better than a fire I’d say, but couldn’t agree categorically, a fire would be awful. We got our shit back together, but it took a long time, the insurance company paid out, but my advice to anyone who wants it, anyone who may have suffered this disaster, get the claim in as quickly as possible and don’t skip anything, claim for absolutely everything, this is what you pay insurance for, the premiums will probably go up, but as long as you’re not fraudulent then you can close your eyes at the end of the day with a clear conscience.