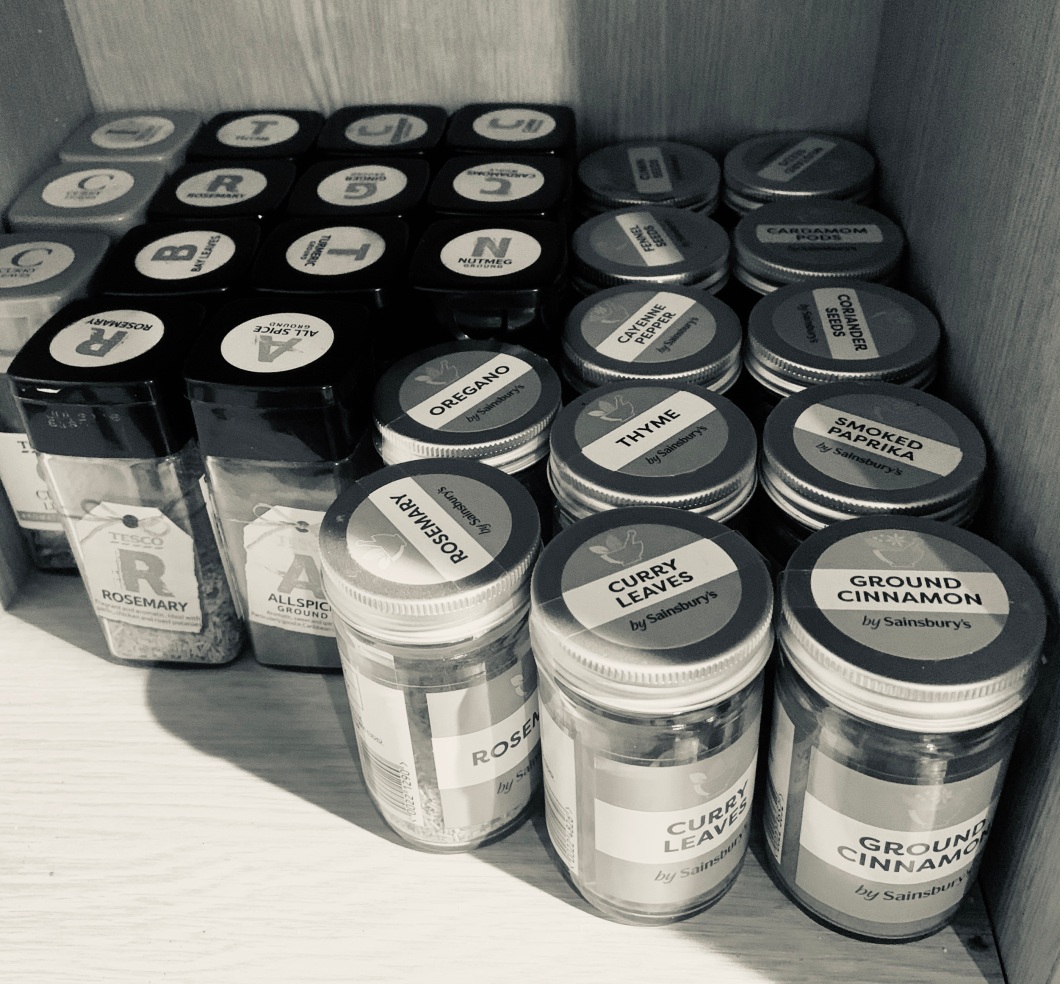 It’s a sacrifice I had to make for her sorting out my herbs and spices cupboards; as I sit under the stairs, like a fat Harry Potter, beavering away and drawing squares on maps, her little voice talking to her self comes across and provides a not unpleasant tinkling soundtrack to my work bullshit. The duplication of cardamon pods, the dropping of cardamon pods and the sweeping away of cardamon pods. It doesn’t matter there’s 4 other jars. Christ the spices were in a real mess and some have the sticky film of ancient dustiness, those at the back. She piled up the tuna and I suggested checking the sell by date, 2 years gone, best get rid. This then prompted her to check the spices, all of them; jars have been jettisoned into the recycling, which is overflowing; boozy weekend in thew sunshine, we’ve still got 3 days till bin day FFS. So as the sell by dates chime through the kitchen door to my work place under the stairs I’m finding it hard to justify keeping sage and cayenne pepper best before January 2010.

She’s getting more daring now, and bold as brass she’s throwing out cider vinegar from 2013, Mace blades from 2012, it’s a chaos of tidiness, ruining my cupboard system which is less of a system and more of a living breathing thing. We’ve now got a separate Tesco’s and Sainsbury’s herb and spice shelf, divided by shop and colour; green and not green. It’s a triumph despite a couple of pots of curry powder being chucked, I still use them, or used to, well did last week.

As a trade off I’m now suggesting she draw me a key which can be stuck to the inside of the door, for identification and positional purposes. So as I sit here, I can see, actually see what’s going on in my cupboards, which might actually lead to a more organised cook, but I very much doubt that, give me a few weeks and I’ll soon have it as muddled as myself.