Well, whenever I’ve had a wart, and i’ve only had a few, and i’m not a toad either, they’ve been mostly on the edge of my fingers, and I tend to eradicate them with a combination of a sharp blade, fire and teeth, that usually does it but then I end up with warts on my teeth. St John had no such problem it seems, so I give you for today’s FOTD a real close up of St John’s feet (thats where he got his). It worked rather well for him as his feet really stunk and these are sweet smelling little flowers. 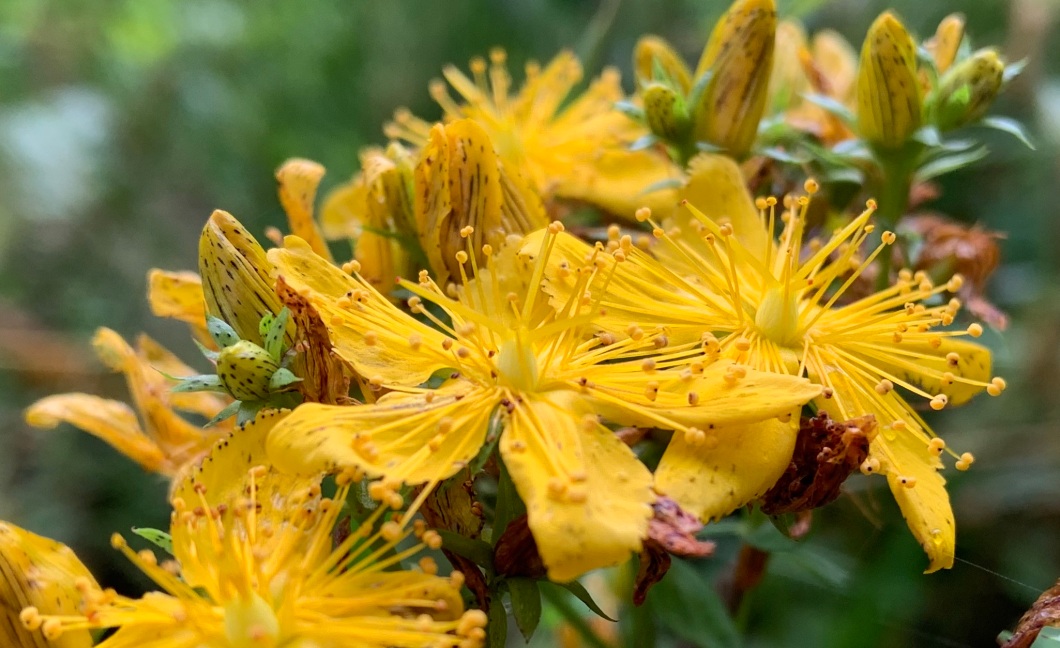 NB: Disclaimer. This is all made up,I’ve had loads of warts,  I am a toad and St John’s feet didn’t smell. But I stand by the blade the flame and the enamel regards wart removal, although my friend N covers his in Gorilla tape and stares them of light and oxygen, thus suffocating them and killing them dead, until the next time.