Following on from the great kitchen sort out yesterday and the beginnings of my relearning as to where everything is and where it goes before gradually mixing it all up and then driving my daughter to distraction to move things around again, this occurs in three or four year cycles I suspect although judging by the dates on some of the herbs and spices from yesterday, it could be maybe 8 or so years ago.

Just writing this in some ways I feel as though I may have been asleep for a substantial time, when did all this happen and what was all this that happened? Time is hard to understand and maybe the fact that I’m watching “Dark” on Netflix has predisposed the direction of my thinking.

So after yesterdays monster clear up, there was some sort of bargain to be done, I walked the dog, I came back , M wasn’t there, nor was Mrs T and nor was C, best of wishes to you all by the way. But I had shit to do so I had a quick coffee and set off out all over the Malverns to do what the hell I do. I received a call from my daughter asking me to take her into town, I was glad of the break so agreed. Shes only persuaded Mrs T, my wife that shes going to get her belly button pierced; shes 16 and so I guess we would have trouble denying her this request, she can sign for her slef to get it done and so we cant stop her. Unlike The present government however we do follow the science which last time , before lockdown, remember that? Last time the science. namely the blue haired piercer fully laminated in PPE had disinfected my daughters umbilicus, and probed and prodded, only to tell her that she hasn’t got the type of navel where a ring or any sort of appendage could  comfortably hang. That my friends is “The Science” I follow.

Ever the optimist my daughter had proof from her friends who had the exact same problem and went to another place, who performed the operation. Bang pop. Ouch! Now I’m aware that this may sound foolhardy but maybe “The Science” is to be believed and hopefully the Piercing angels will all be of the same opinion. I told my daughter, if it all comes crashing down and its a disaster then it’ll be on her head, or rather navel; a scar. I took her in, dropped her, she was nervous, but told me she would ask the correct questions, she’d been briefed by Mrs T, and what do you know 30 minutes later she’s told they can’t do it!

It could be said that as it was me who cut my daughter’s umbilical cord, that this was my plan all along, to teach my daughter how to deal with disappointment, of which life will throw plenty, but i’d say more fun stuff and unexpected delights.

It’s a victory for democracy, for science and for us parents, I did suggest she have her nipples pierced, that didn’t go down well, which is exactly what I was hoping for. 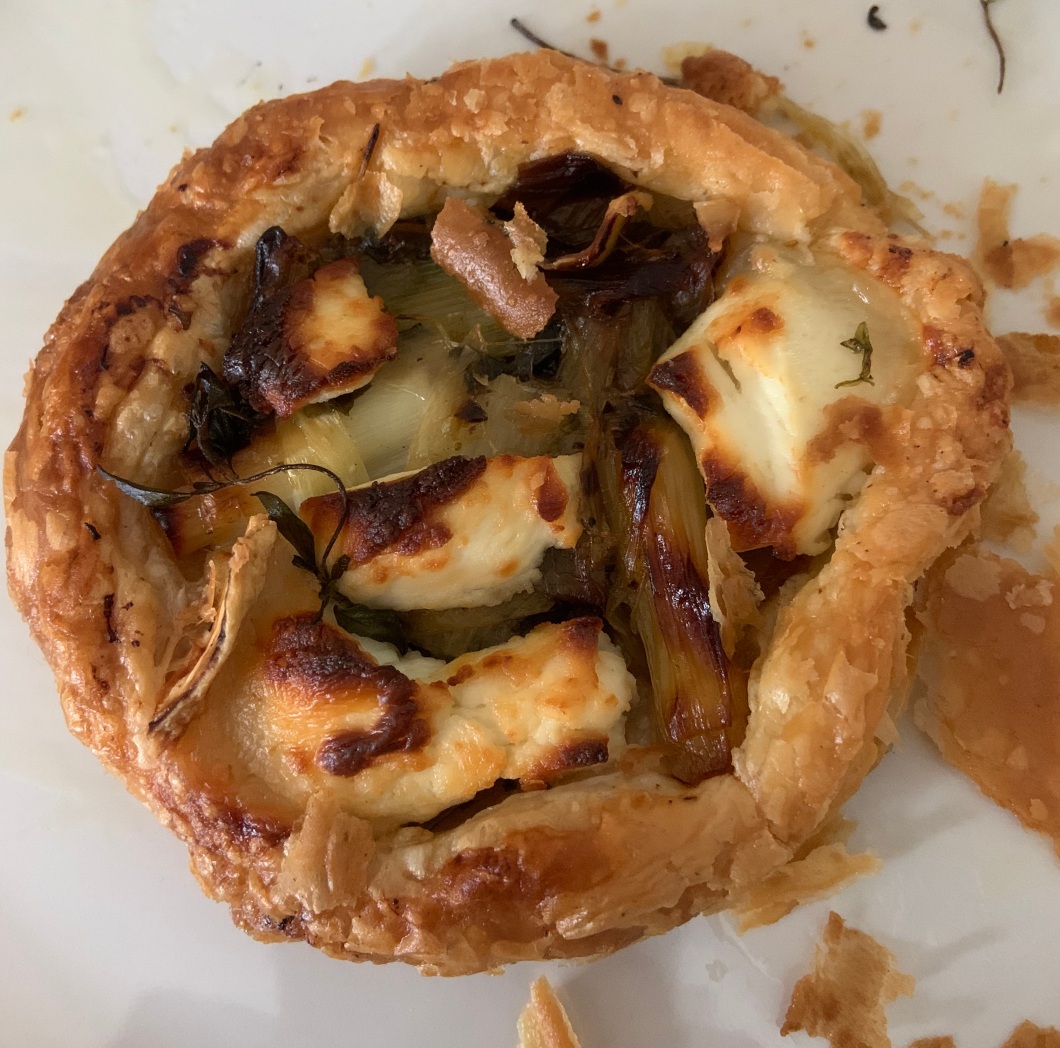 In pastry news, I made this on Sunday for a vegetarian we had staying over, puff pastry, which I’ve never used to my knowledge, but i’ve been alive a while and some of my finest meals were cooked with a glass or two of something, so if i’m mistaken i’m only human and we’ll have to chalk it up on the chart marking with a note to check later, when I’ve invented time travel and can go back to check such things. So I thought I’d share a Recipe of the Day with you.

And there you have it folks, so a jolly good day was had by all but on account of binge watching “Dark” I am really late, and so the sleepless cycle will continue, i’ll just finish my wine.