Another week trying do departmentalise my life into separate sections, separating life from work and getting cross about the lack of skill and directions shown by my so called leaders. But then Ommmm… I need to be calm and not fret about things I can not control. This is where Rochelle comes in with the Friday Fictioneers, a band of really smart people who could quite easily rule the world if only we were given the chance. So great shot from Roger Bultot too, what  cool shop. Ive just woken up, its just gone 6;30am and the idea is kind of formed, here goes. 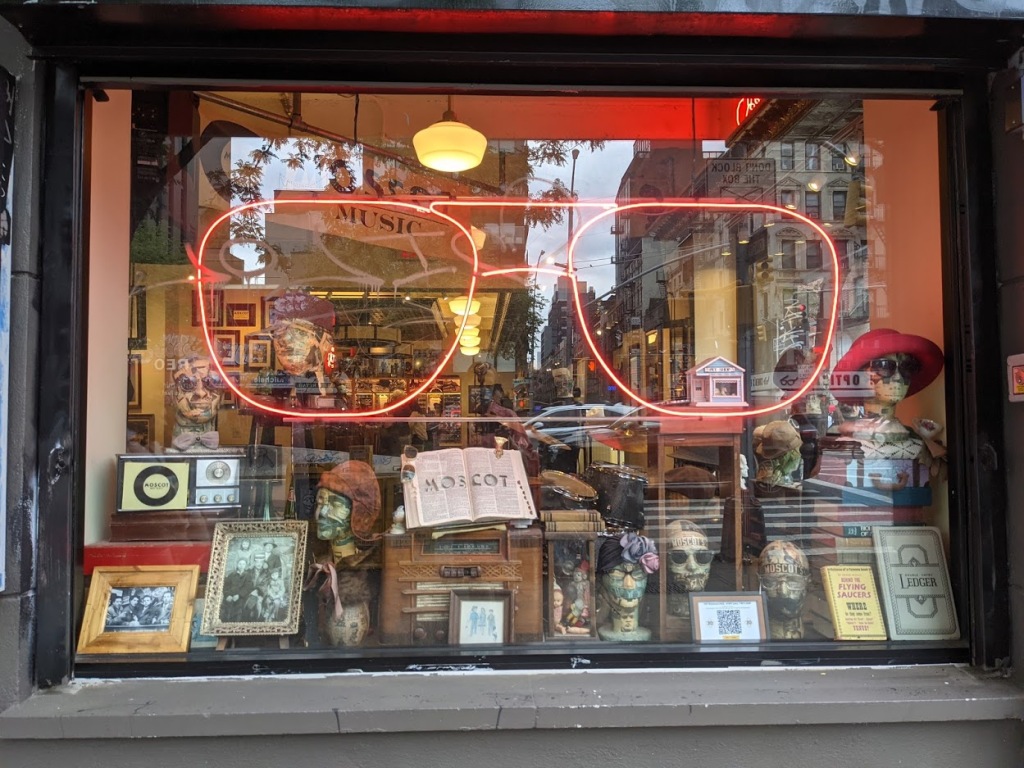 The Lengthy, sometimes bitter, often spiteful, planning dispute had finally terminated; the result? MOSCOT gained pole-position in this Behemoth of a shopping-centre with the tag line; “More than You Need Under 1 Roof”. Misleading in itself as this architecturally assembled 3rd wonder of Clithero (Behind the Cow Peeing Fountain and Esher-style Ring-road) had an uncountable number of roofs.

The eyes of MOSCOT were on you from the moment you exited the car-park; the software recording every movement, sound, conversation; storing it in vast servers behind the Romantic Book Section.

Upset MOSCOT and appear with subtitles on the Big-Screen next to Greggs.

There we are 100 words on Big Brother, probably not too far from the truth… Enjoy