Having just returned from a very lively 50th birthday celebration in Berlin this weekend, I have come to several conclusions:

Beer Bikes are the most fun thing ever, better than drinking beer and better too than riding a bike, what the Beer Bike does which is unique to itself, is to combine the two disciplines. Like smoking and eating at the same time which isn’t of course any good at all, and should not be tried by anyone over the age of about 18. A 14 seater contraption with a bar in the middle staffed by the birthday girl, 10 seats surrounding the bar had the facility to pedal, 4 seats did not. The bike is pedal powered and very slowly made its way around the hot spots and tourist trails of Berlin, bringing with it cheer, pounding techno music and 14 people crying with laughter literally for the whole 2 hours. A particular highlight was singing “Bicycle Race” by Queen, and thats living alright by Joe Fagin (where that came from I have no idea)

Beer mat flipping can be done anywhere there are beer mats, and humans; preferably drunk ones. Seeing the king and queen of beer flipping sat together regally with towers of mats on their heads, ready for a double flip by a stranger in a bar; a stranger who had obviously been waiting  a long time for some cheerfully, idiotic British tourists to turn up and start beer mat flipping. This was his time to shine, and in fairness he did.

Curried sausage, the dish of Berlin is sausage and chips with a slightly spicy tomato sauce, its not bad but hardly gourmet cuisine unlike the Chateaubriand Mrs T and I shared on the Saturday Night. It shot straight into the top 5 Best steaks I have ever had, tender as you like washed down with a copious amount of fine if a little fizzy, lager.

When told by the waiter of a drink you don’t know the name of, you should always, without a doubt, accept it. In this case Cuba Libra, or to give it its exotic James Bond Name; Rum and Coke they don’t half pour in the rum, we shall miss the enormous measures when we are no longer allowed into Europe cometh the hour. 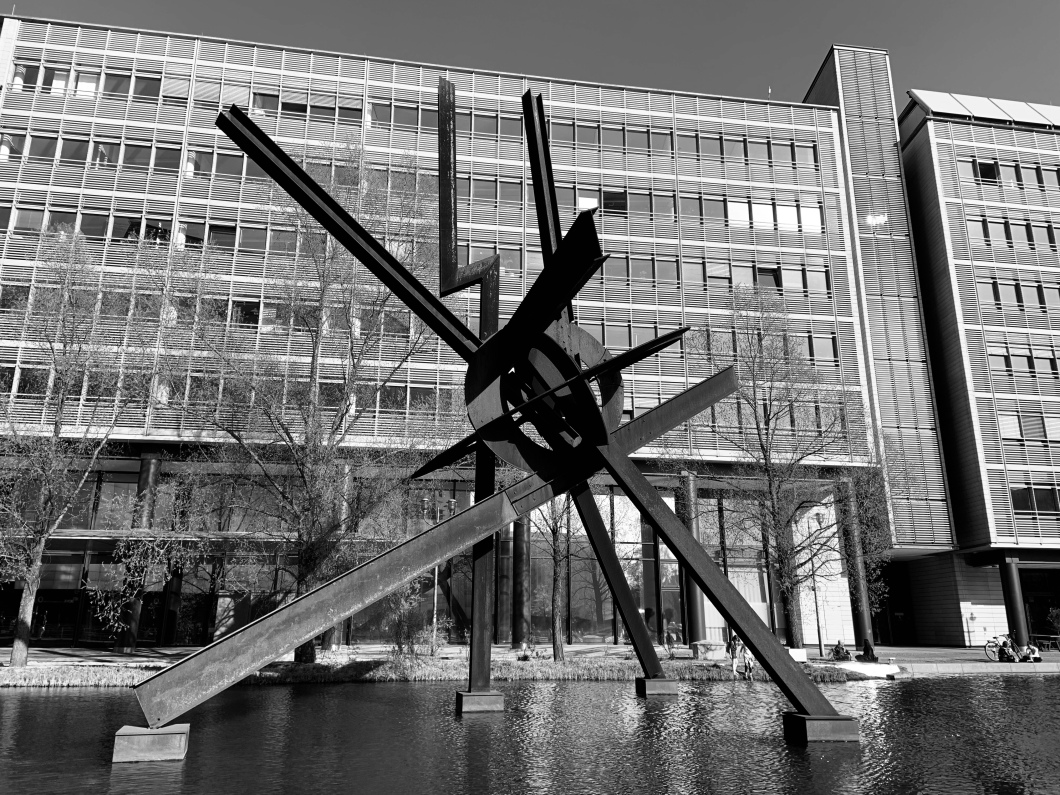 Nightclubs are for the younger generation. Queuing up looking like someone from the Gratton Catalogue will not guarantee automatic entrance, neither will fully zipping up your jacket and removing your glasses effecting a disguise the second time round to look younger. We sometimes are old and deluded, forgetting how we are no longer in our 20’s, which is in itself a great thing to forget, why not remain in our 20’s forever. In the morning we were considering writing a letter to the nightclub letting them know how grateful we were for barring us entry and thus making the hangover much less worse that it actually was; they practically saved our lives.

When taking a boat ride on the rivers through Berlin, make sure you get an English speaking guide with a wicked sense of humour as well as a decent knowledge of the city adjacent to the banks of the river, plenty of sound bites to test each other with as the boat trundles down stream, knowledge gained is power in pub quizzes, one of which is being lovingly prepared by one of the Berliners, we shall call her Lady E to protect her identity, she is married to Lord P who stands like a quizzing giant against myself also paying great attention during the tour, as we had no choice but to, in our slightly fragile states, the morning after the nightclub debacle. There was some rather splendid wheat beer on the boat which helped matters. 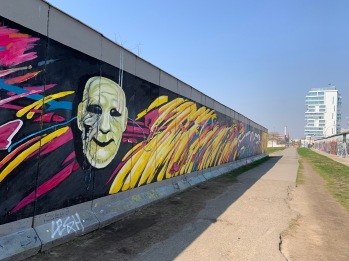 Berlin, Brutal and Beautiful,  I very much like, with 14 friends, all up for a wonderful 50th birthday has raised the bar very high, it will take a massive effort to beat this one, but these people are determined and we will see them all again over easter, for further shenanigans.